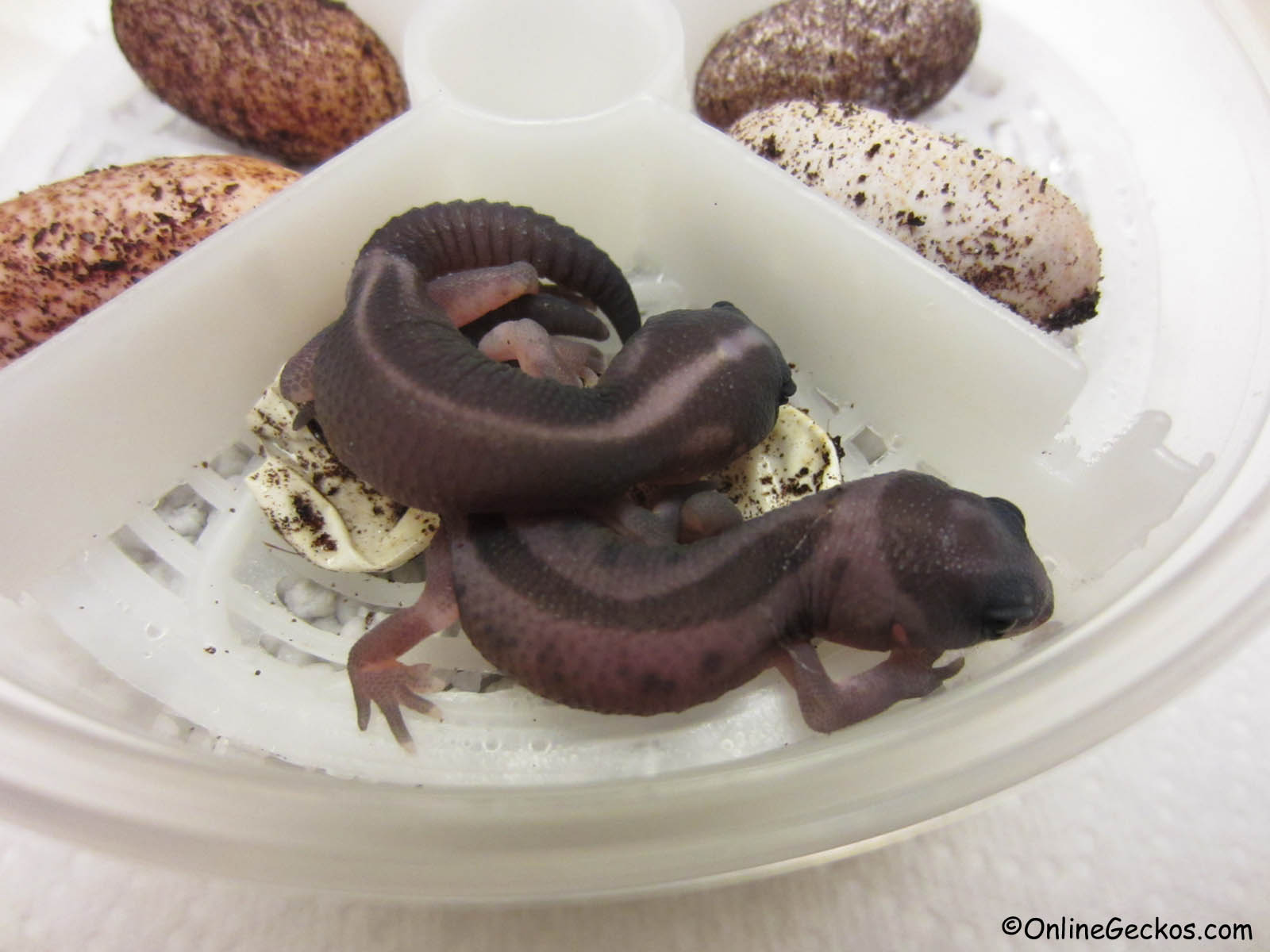 Greetings everyone!  It has been awhile since my last update, and I do have to apologize.  The short explanation is that my father passed away late last year, and I had a lot of things to take care of within the family.  Around that same time, I also took on additional responsibilities at work.  The additional responsibilities is a good thing, but it also meant I had less time to browse gecko forums, update blogs, and create fun gecko videos.  Now that things have settled down a bit, we are finally going to post the beautiful geckos we’ve hatched out this season.

For the first time in 4 years, we’ve hatched out our very own african fat-tailed geckos.  The picture above shows you a stripe patternless and stripe whiteout patternless hatchlings.  Such cute things aren’t they?  Truth be told, we’ve been trying to breed the same pair of AFT’s for the past few years.  This is the first year they produced beautiful, healthy, cute hatchlings.  So needless to say, we were overjoyed when they hatched.

In addition to african fat tails, we’ve also hatched out limited numbers of giant super hypo tangerines, giant sunglows, and giant tremper albinos.  Due to how busy work has been, we’re also going to be releasing quite a few breeders and holdbacks.  We had expanded our collection last season before everything happened.  It pains me to have to release proven breeders and holdbacks.  But there’s one thing I will never sacrifice with my geckos, and that’s their care.  As things change in life, we have to adjust the amount of geckos in our collection to make sure everything remains manageable.  We want to continue providing top care to our geckos.

This means in the next few weeks, you’ll have the chance to purchase some nice geckos at good prices.  Before we go, below is a picture of another nice african fat-tailed gecko we hatched out this season.  This is a very beautiful & healthy Striped White Out het Patternless. 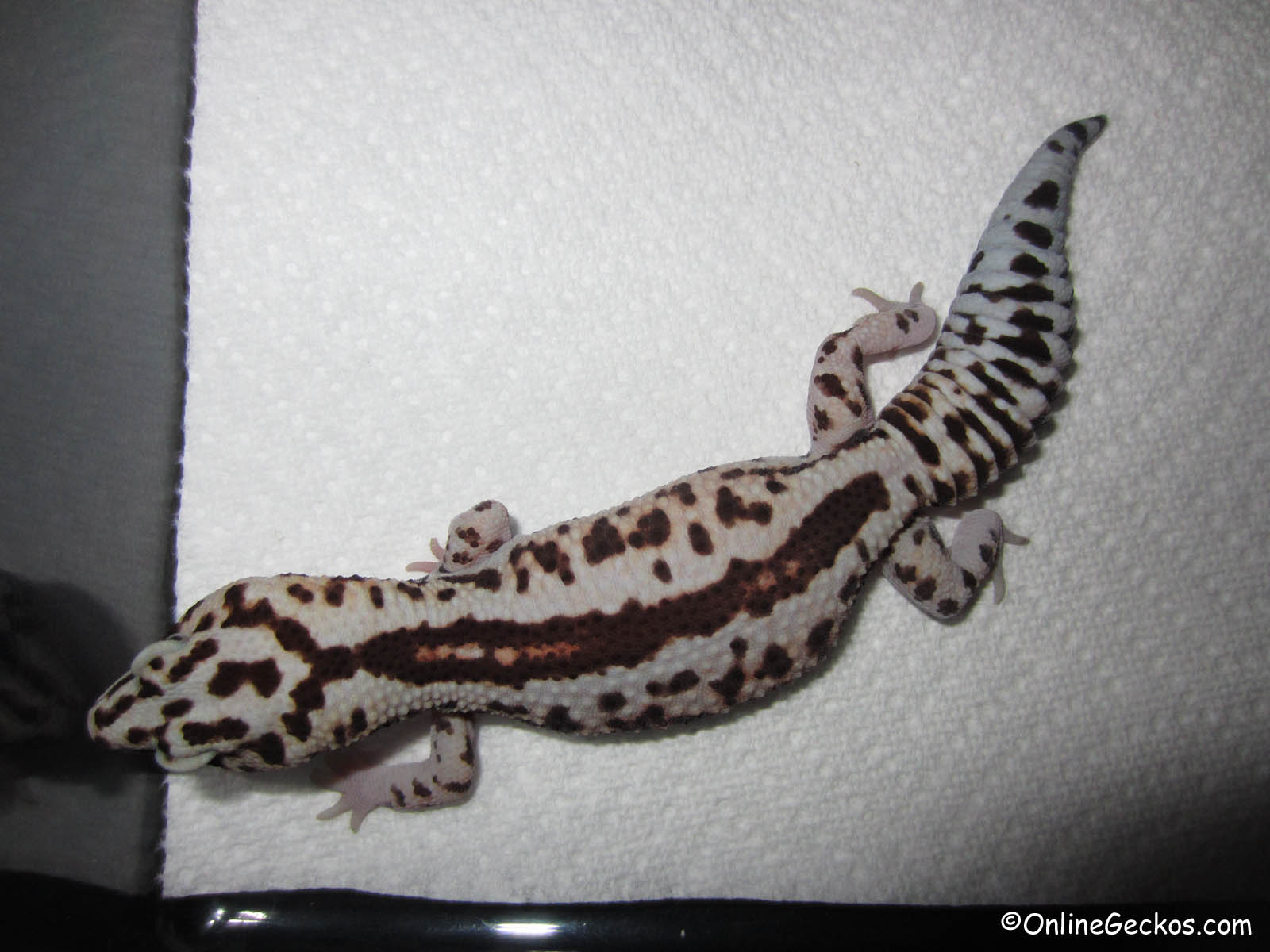