In a typical breeding season, July is usually when your females stop ovulating and start eating again.  This is also roughly the time when most breeders are listing their hatchlings and juveniles that are ready to be shipped.  For us here at OnlineGeckos.com, this isn’t a typical breeding season for us.  Our females for some reason decided to breed late this year, and many of them are still laying eggs.

While our bold Bandit breeding group had a good jump start, majority of our other breeding projects have started late this season.  We currently have about 30 eggs in the incubator, many of which would take another 30 days before they hatch.  But, better late than never.  Two weeks ago we posted a picture of a beautiful super giant raptor female that hatched.  Today we had another super giant raptor hatch, this time a male.  Take a look at this beautiful gecko. 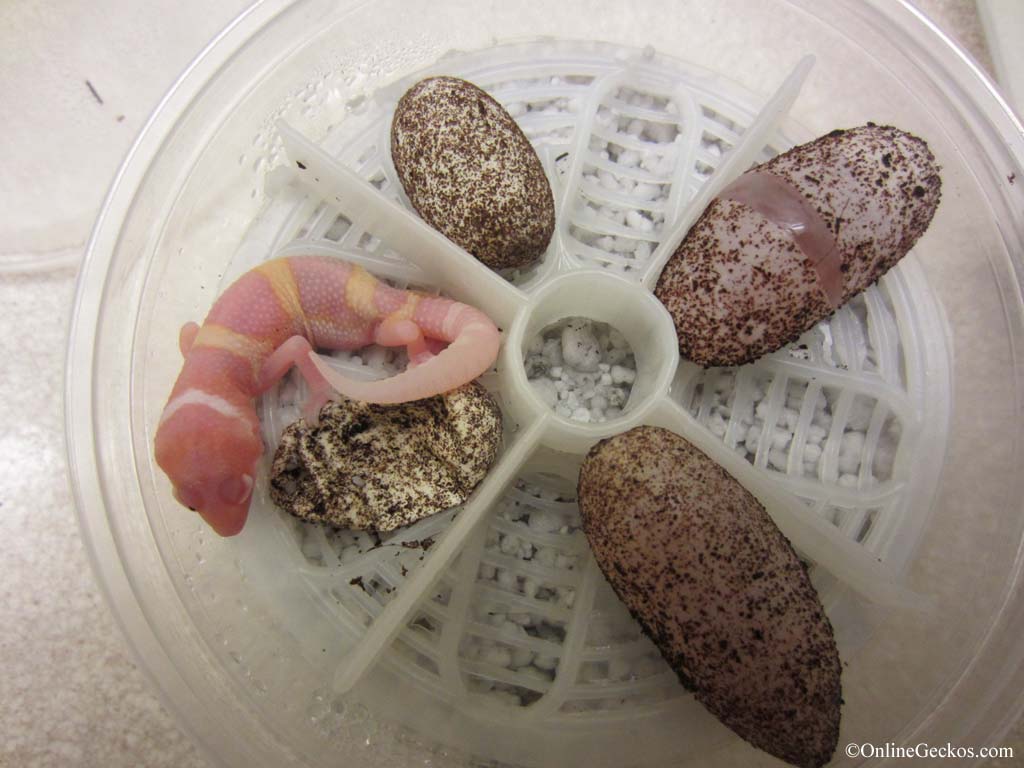 What’s interesting with this picture is that there’s an egg about to pop, you can see that the egg is stretching and can almost see a gecko figure inside.  We are keeping our fingers crossed for a safe and successful hatch with that egg.

Just wanting to let everyone know that we do have more than bandits this season.  It’s just that bandits bred normally this year, and they hatched on-time as usual.  While most of our other projects ovulated late, and eggs are just starting to pop, with more eggs being laid weekly.  So stay tuned, we’ll keep you updated!